Just a little drop of yum with your afternoon cup of tea. That's all I ask. My son however, wants to grab and run with a bowl of these biscuits before sitting on the stairs to watch the showdown between Mumma Magpie and Mrs Butcher bird. Their babies are getting old enough to come and ask for tid bits now. Afternoons are glorious here. But I digress. Back to little snacks for those who have alot of dietary restrictions and just want a bit of simple yumminess. 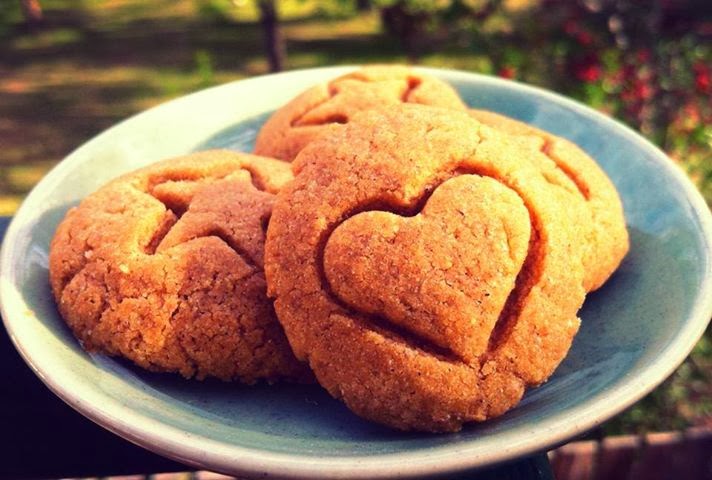 Weigh Buckwheat and puffed rice into the TM bowl. Then mill for 30 seconds, speed 9. If using instant decaf coffee, add it and the brown sugar to the TM bowl now, and mill for a further 15 seconds speed 9.

Add in the flours and salt and 'sift' by mixing for 6 seconds speed 6.

Add the nuttelex and mix on speed 6 until you hear a change in sound of the mix starting to become more like bread crumbs. (usually around 8 seconds).

In a separate heat proof bowl or jug, weigh the rice milk/coffee shot and the golden syrup and heat in the microwave for 20 seconds on high heat. OR, if you don't like using a microwave, tip the ingredients out onto the baking paper you will use in a moment, and heat the rice milk/coffee and golden syrup in the TM bowl for 1 minute, 50 degrees speed 2. Return the dry ingredients to the TM bowl.

Mix for 8 seconds speed 6 to combine the dough.

Turn onto interval speed and watch through the hole in the lid when it starts to clump together nicely (should be around 15 seconds).

Tip into cling film, wrap and rest for 20 minutes (though, GF is more forgiving - I just cut mine straight away). Preheat oven to 190degrees Celcius.

Cut into small pieces (around 1.5cm cubed), roll into a ball and flatten. I have tiny cookie cutters that I impress slightly into the surface.

Note, any flavour can cause a change in symptoms, so for those on FAILSAFE, be mindful of the decaf coffee, brown sugar or the vanilla.

**YUMMY VARIATION for Non-FAILSAFERS** If you can have ginger, but are gluten free and want to be free of that very fine sandy texture you can get in gluten free cooking, then add 2 tablespoons of crystallised ginger with the sugar when you mill the second time. Then add 2 teaspoonsful of spices (cinnamon, mixed spice, ginger) when you add the flours.
Posted by Sophia Lush and Mum at 05:40